We moved to Düsseldorf in August. New house, new area, new city and new country. New supermarkets, new flavors, new brand of the raspberry jam, new kindergarten or actually it is called kita here in Germany strange enough I thought kindergarten was a German word that we borrow to the English vocabulary and then it turns out it is not even used here ?! Being new is challenging, but that is not what I am going to write about in this post. No this post is about Macbeth and my English studies.

So in all this new things on top of new things I had the plan to go back to studying at a Swedish University on-line. Actually my plan still is to add to my MBA pedagogic and didactic in order to be certified high school teacher in business and economics but I thought that maybe it would be good to also be English teacher and needed to add a few courses of English. And so I got accepted to study English B - basically continue my literature and sociolinguistic studies of English that I started successfully 11 years ago at MidSwedenUniversity. I thought, how hard can it be.. but also of course I love studying, learning new and it is a lot of interesting plays and novels on the literature list. My first assignment was to read and analyze Shakespeare's play Macbeth. Very interesting but also a pretty hard read.
In short this is what Macbeth is about


Macbeth a warrior with a high courage who has just got back from the battlefield when he enters the play. He gets presented as a noble man who has fought the Norwegian king with violence and who came out of the fight with victory. He seems loyal to the king and has a good reputation being a violent warrior on the battlefield. Macbeth meets three witches who gives him a prophecy that he will become the next king. Macbeth is not a good man in the beginning of the play but not yet evil. He is tempted by power but trying to resist the temptation. Lady Macbeth is a strong woman and character who wants to gain power and she has the ability to manipulate Macbeth. And she uses her manipulative skills very well in order to make her husband go get the power whatever it takes. 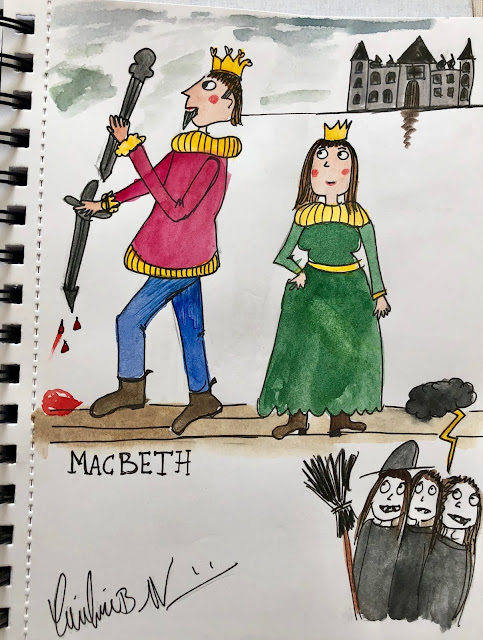 I did spend some time reading, analyzing and writing my first assignment. Ok kids were getting schooled in at Kita so I only had half days to study so no not 40 hours week to study, but a few hours everyday or every other day at least... When I handed in my assignment I was pretty pleased with it. When I got it back it was pulled to pieces and I can honestly say I have never got such harsh comments of an assignment thorough out all of my University studies. The language was not good enough ( actually not even readable with bad grammar and spelling mistakes) the quotes from the play not presented in the right way and the analyzes was not good enough either. I am not a quitter and if the teacher had given the comments and been a little encouraging I had got back on the horse and worked harder.
But in all the new and with a though tight schedule for the studies I had to do some thinking whether or not this is really what I want to do and can manage right now.. 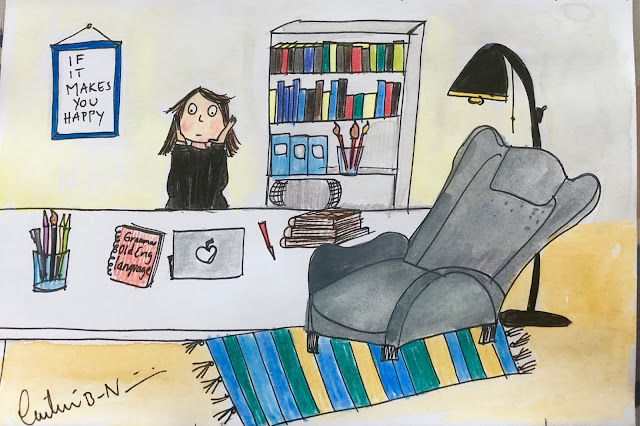 I did do some thinking and some more thinking.  I don't want to be a quitter but I had to take the decision that for now I will focus on getting my family and myself settled here in Germany and also with my time focus on my own creative projects now when I have the chance. And I will not feel guilty for this decision.
Upplagd av Cecilia Book Nikolovski kl. Tuesday, October 30, 2018 No comments: