This weeks theme on illustration forum Illustration Friday is Passion

For me horses has been my big passion since I was a small girl. I started to ride in the local riding school in Vingåker when I was four years old and only wanted to ride the stables biggest horse, Swedish girl aka Flicka. I still remember the disappointment if I had to ride one of the small Shetlands ponies called Jolly and Polly. At 7 years old I got my first own pony/bestfriend, Ballerina, the cutest of the cutest welsh mountain ponies who stayed in the family for 17 years. Ballerina was just as novice as myself and so everything we learned we learned together. She had a heart of gold to say the least. After Ballerina came Mr Herbie, Pojken, Pikona och many more through the years. So I more or less grew up in the stable where we (big group of girls in the same age) did more but sometimes less horsey oriented activities. And every other weekend was spent at competitions. The passion for horses also took me out in the world. After I finished school I moved to Holland to work at an internationally well-known showjumping stable, Stal Tops and I stayed in the horsey world for some years.

Today I don't have the chance to be around horses living in a big city and I actually don't feel that I have the need of it either at the moment, but everything has it time and one day I might be back in the saddle or at least stand on the side to give advice to our small girl.

I don't draw horses too often and that is because as much as I have through the years practiced to draw them I have not improved one little bit. They still look just as bad as they did 15-20 years ago!! 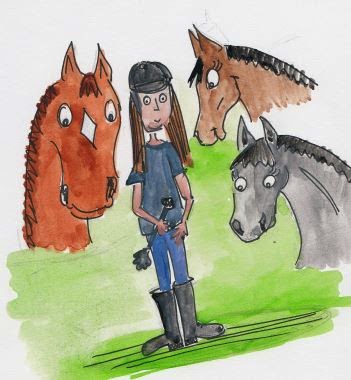 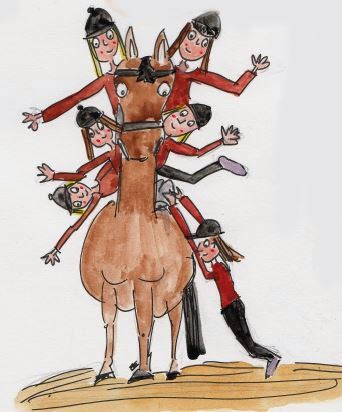 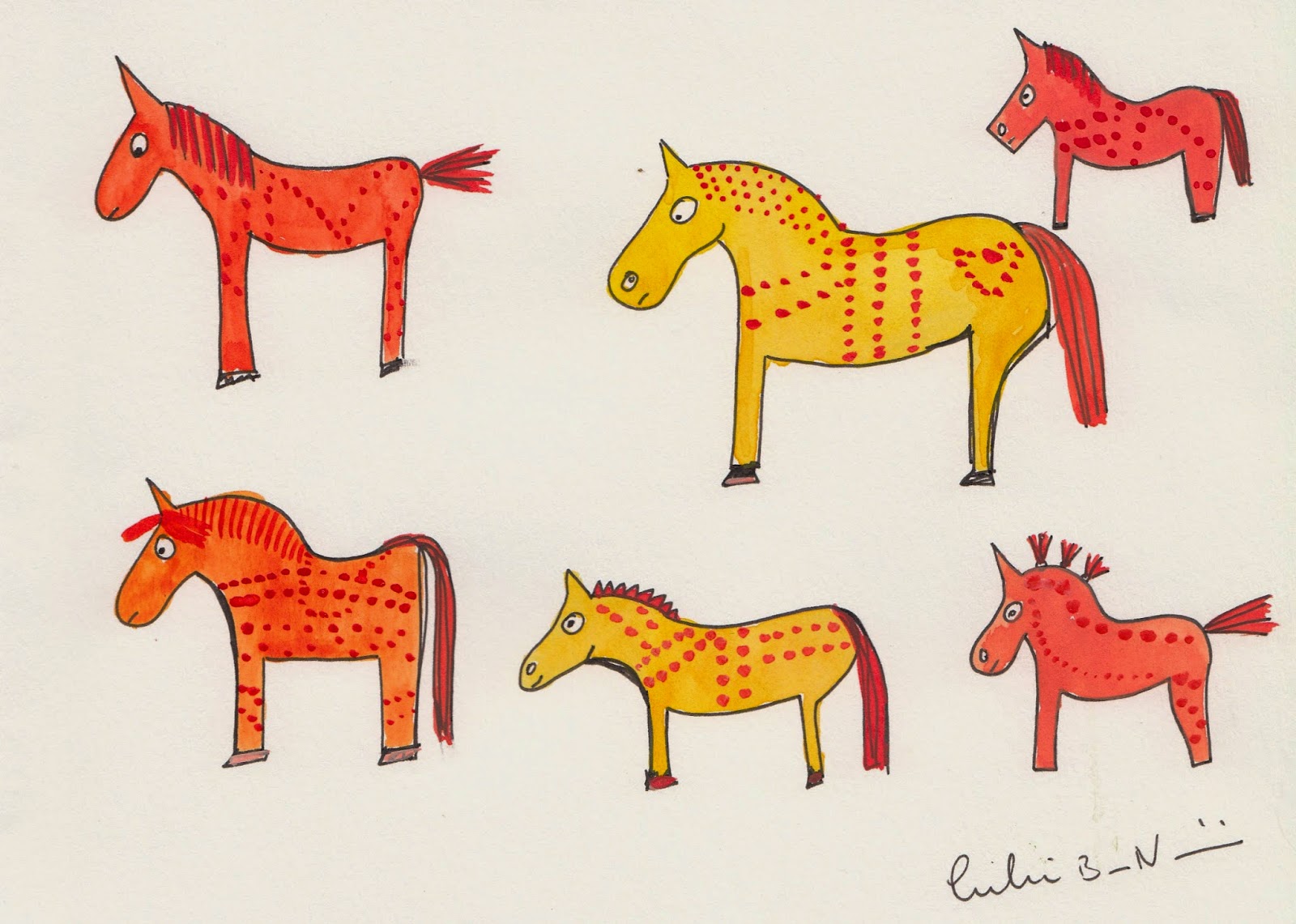 Loren who loves nice, fresh and natural groceries has done some great research about Moscow's supermarkets and farmers markets since we moved here. Danislovsky market is one of Moscow's oldest and biggest indoor markets and the best thing is that we only live 15 minutes away. Located on Mytnaya ul 74 with nearest metro station Tulskaya. Last Sunday Team Nikolovski did our premier exploration to this fresh products paradise. An explosion of colors from all the fruits and vegetables met us and the atmosphere was great. For me coming from Sweden this is very exotic as we don't have this kind of markets but also for Loren who has been living away from Macedonia for a long time. You can find more or less everything here not only fruit and veggies but also eggs, meat, fresh cheese and bread. Also babushkas selling homemade marmalade, jam, pickled vegetables and many other for me unknown products.

An Colombian restaurant and a couple of interesting café´s with fresh products and coffee smelling divine was located at the back of the market hall. We bought some nice stuff for dinner and we will for sure be back soon. The market is open every day until 21.00 so we can even come here instead of our normal weekly supermarket shopping. The prices are high as it is Moscow we live in and with the currency crisis food prices has increased a lot in very short time, however the market prices stands up pretty well compared to the supermarkets. Some products are cheaper and some are more expensive.  Loren has asked colleagues about controls of the products and they claim that it is very heavily controlled the origin and hygiene standard etc ( so this is what we want to believe )  A lot of the vegetables & fruits comes from Azerbaijan but also Turkey. 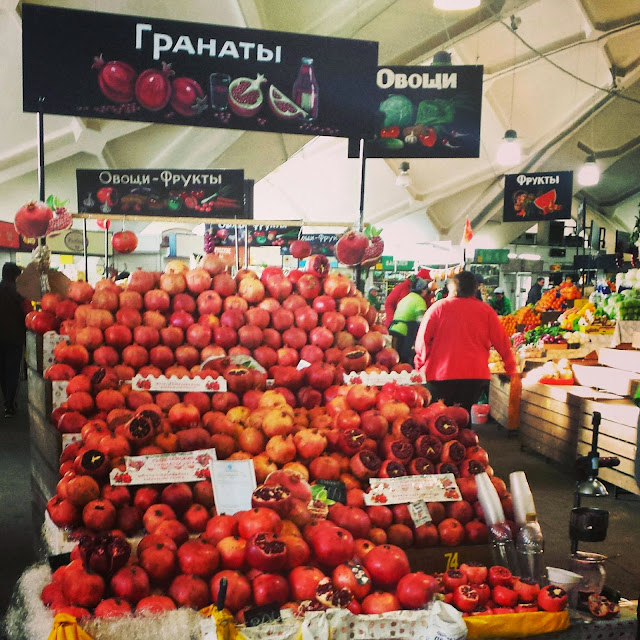 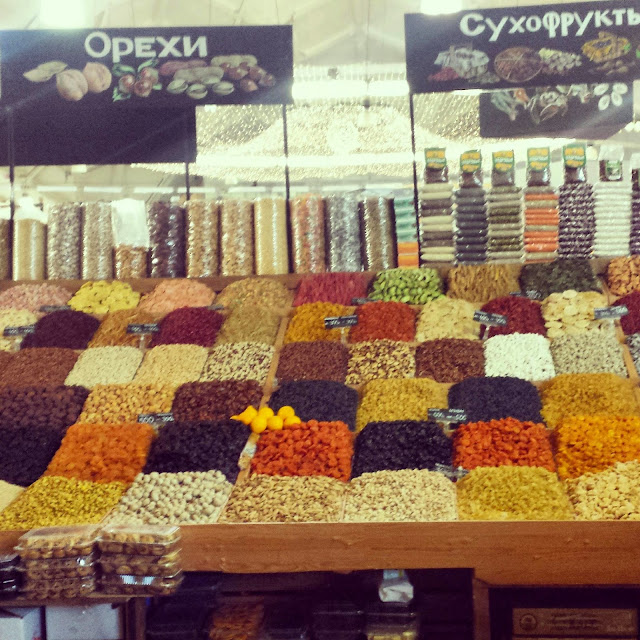 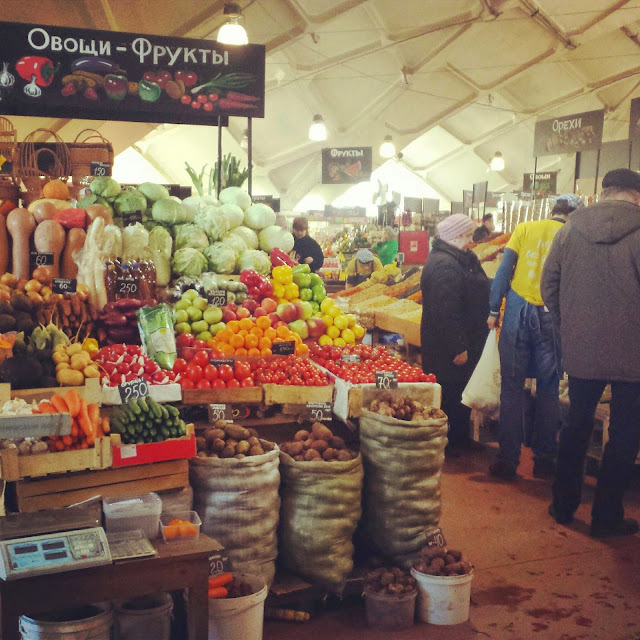 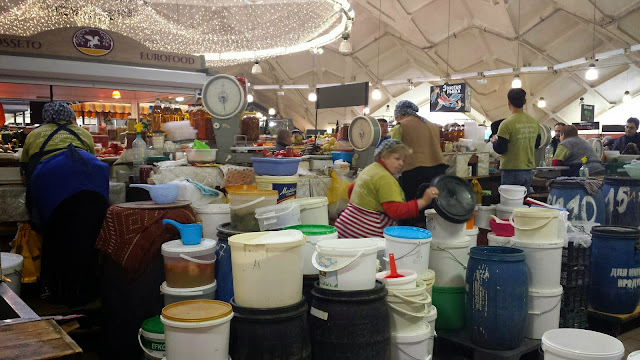 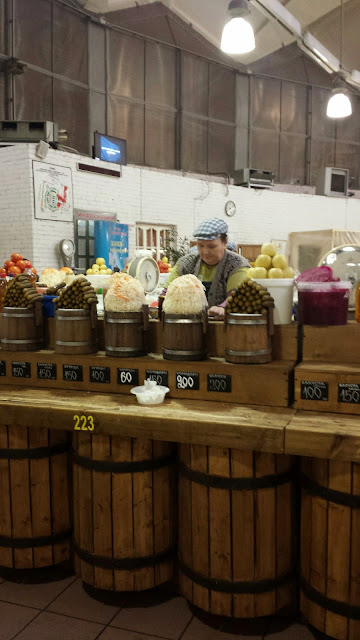 Most of my illustrations are based on myself, my family or other people around me and the scenarios are either self experienced or heard of. Lately I have been asked to draw family portraits. A great privileged mission which is fun, scary and challenging in a great mix. I want to capture the family ( without being able to make it photo like) as well as the surroundings to make it a fun identification of that specific family. I will put together a collage of my family portraits I have done but for now I start to present an illustration I made while I was in Sweden in October. A great friend of mine ordered a portrait of her sweet family. It was a fun mission to try to find artifacts and details that makes the illustration to fit them and who they are. 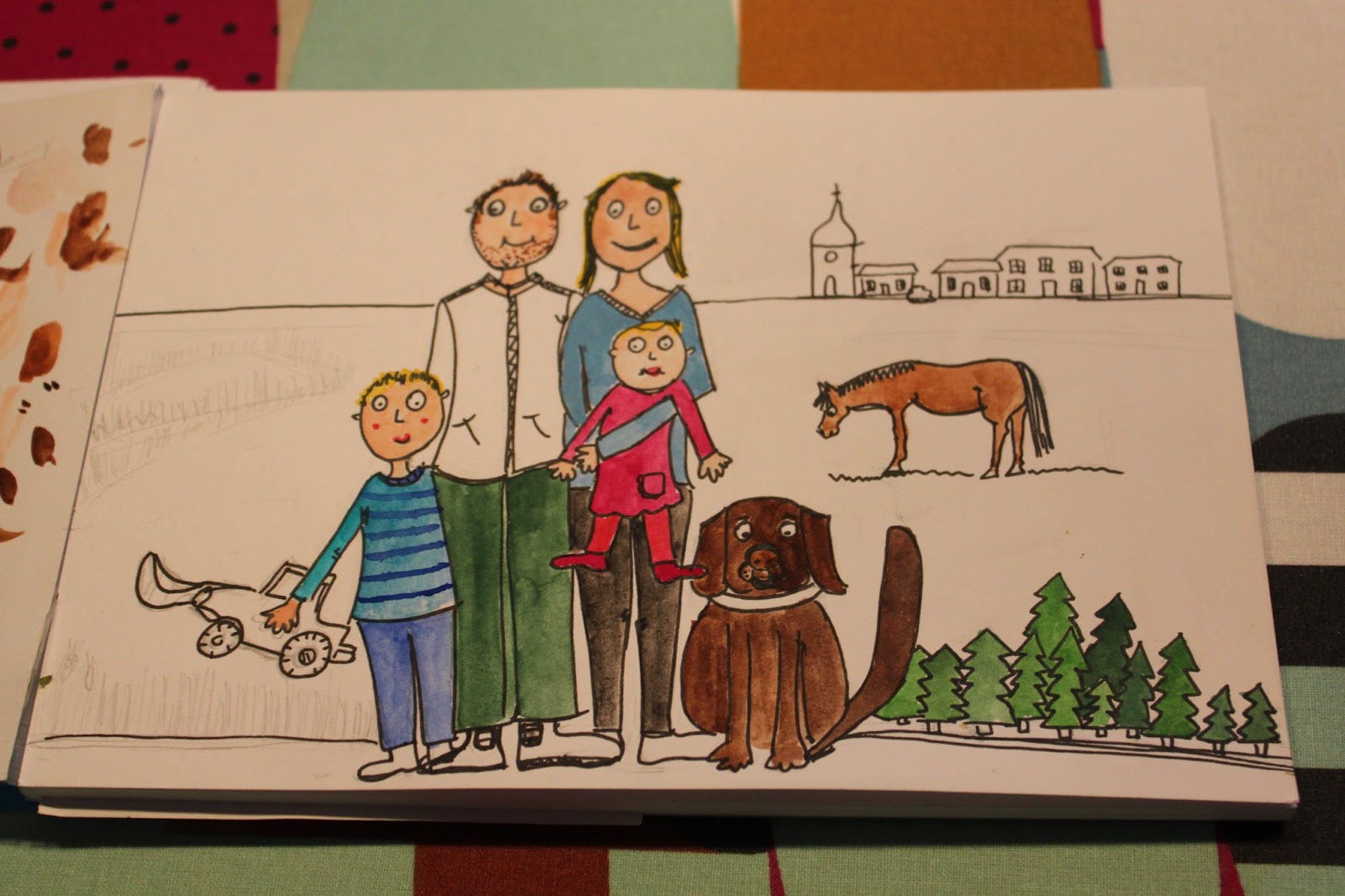 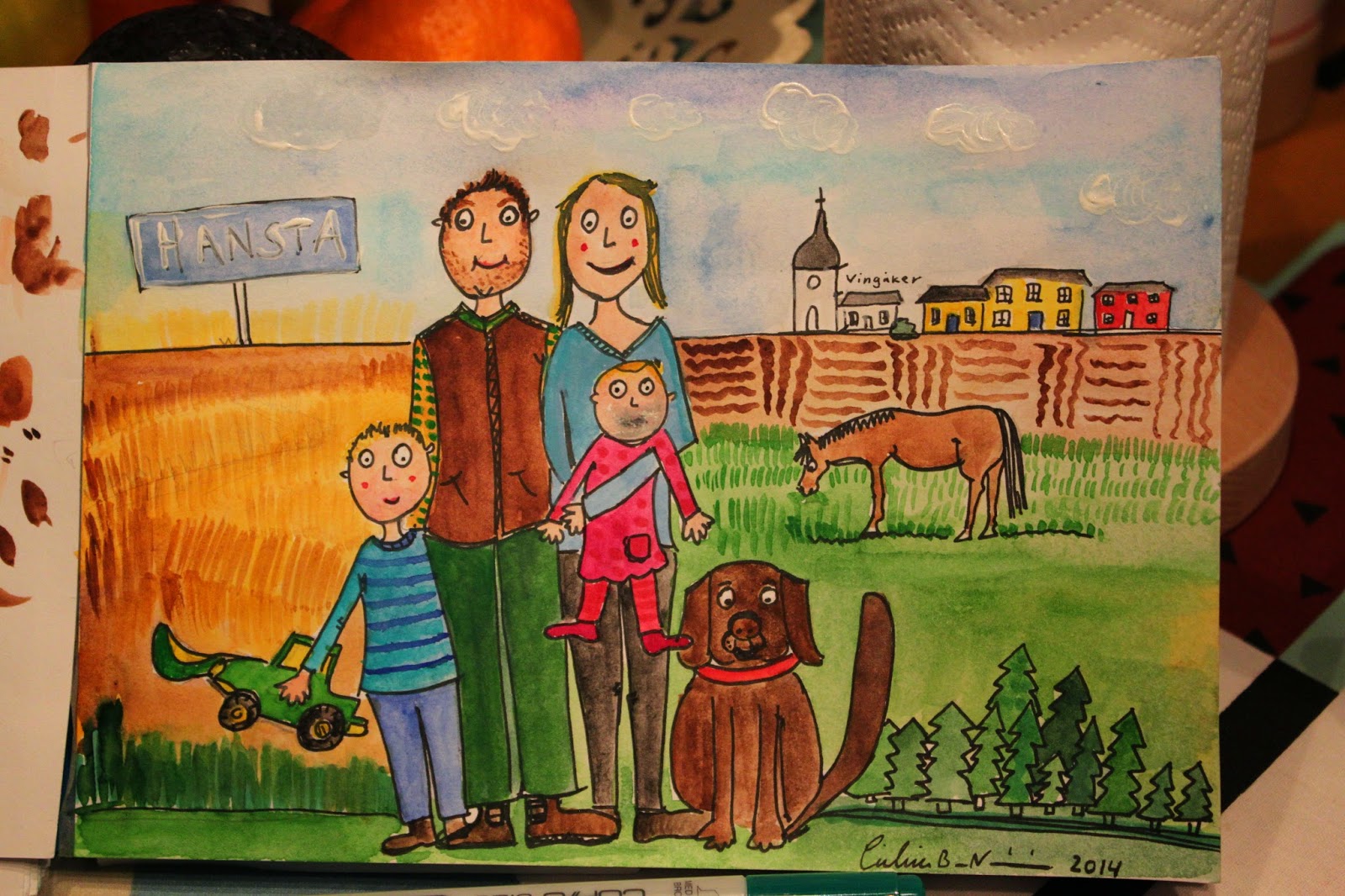 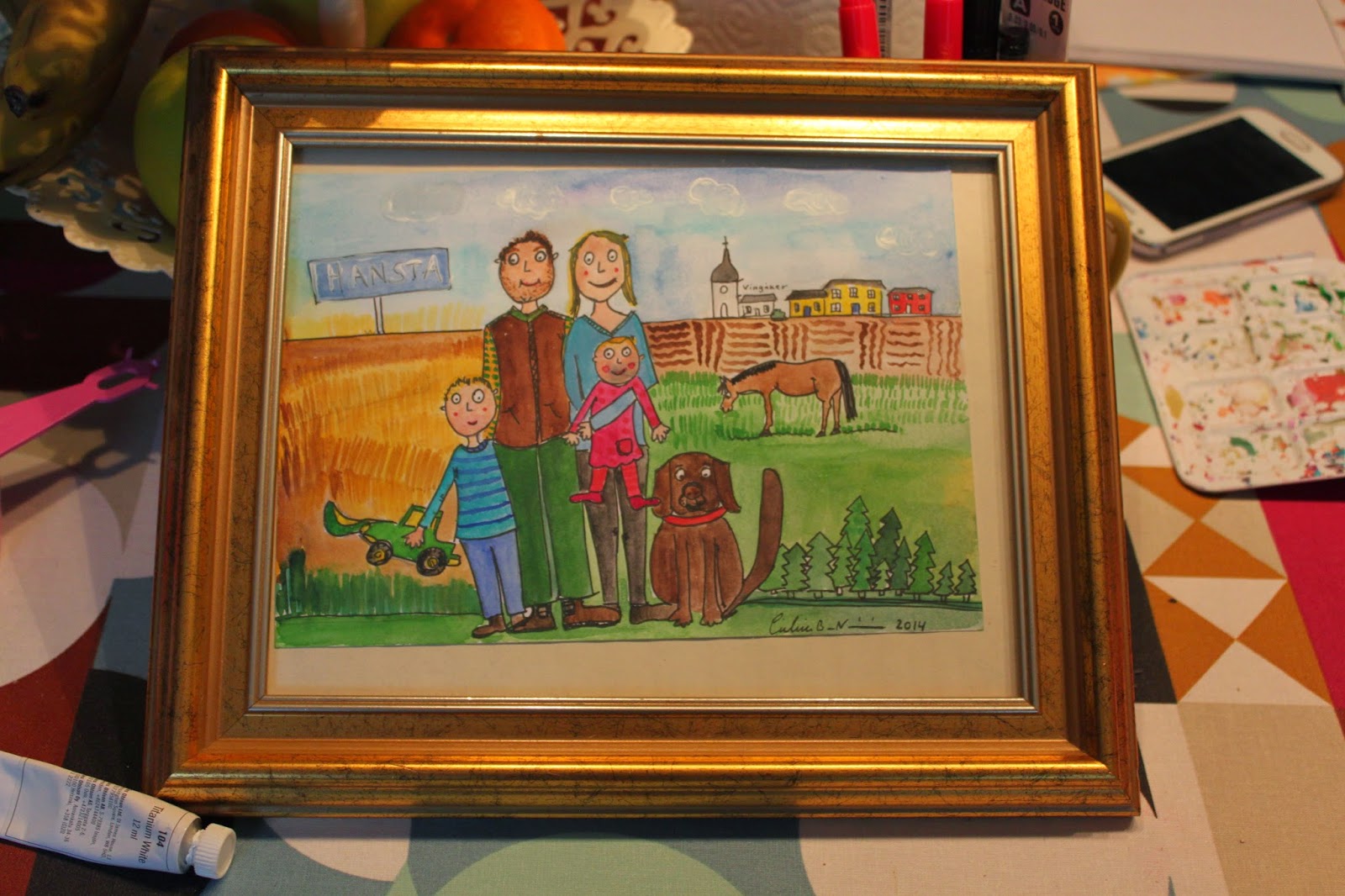 Finally we made it to Red Square

One new year resolution was to make the most out that we are living in Moscow. It is a lot to see and explore in and around this big city and most of it is unknown to me. A must see places in Moscow is Red Square with it's famous cathedral (Saint Basil) building with its colorful tops. Team Nikolovski finally made it here last weekend.  It was a grey but not so cold day. The Christmas music, decoration and lights were still in full bloom which felt a big strange as I feel very done with Christmas for this year. Mila got to go on the old fashion carousel before we had some nice soup and coffee in a café close by. 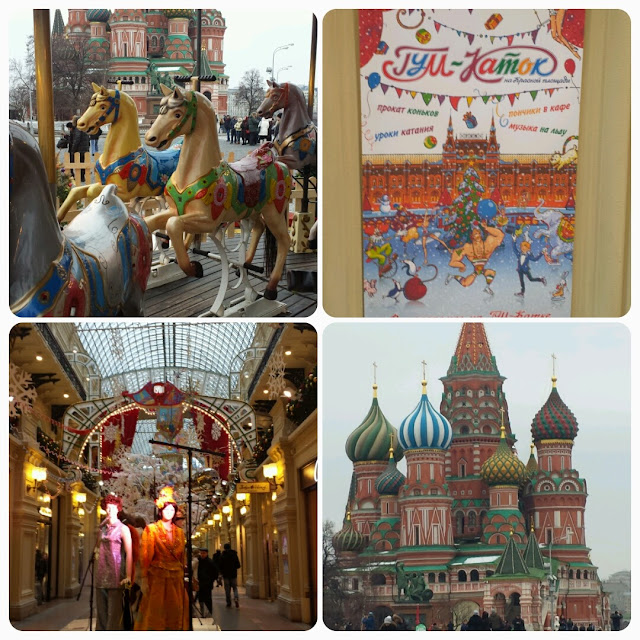 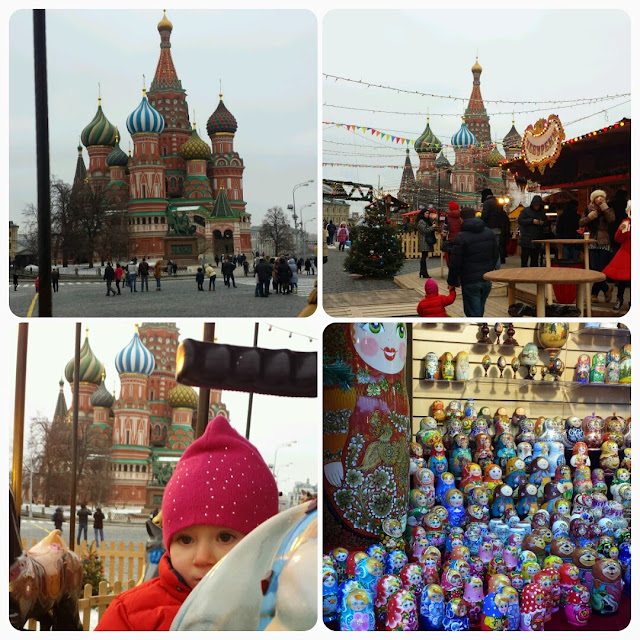 Get out through the door with a 2 year old can be pretty challenging!! 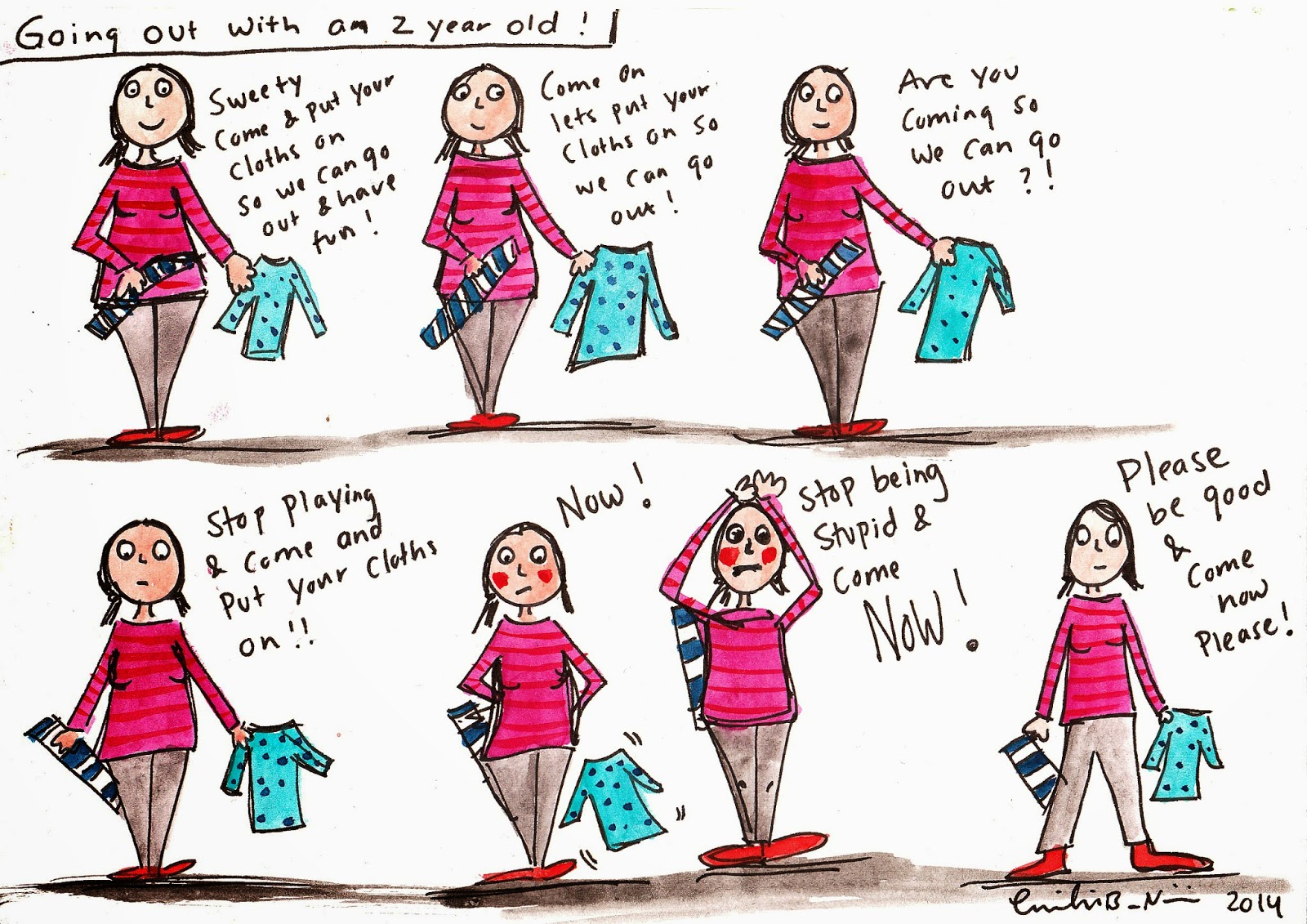 Yeah what to say?! Great inspiration to have a two year in the house indeed. Maybe one or two parents who recognizes the challenges of get out through the door. I hate winter and winter clothing. Please let it soon be spring ( we are expecting -22 in Moscow next week....)

Moscow adventures & and back in business

It has been so hard to update something on the blog since we moved. Not because I don't have illustrations, thoughts or ideas but because I have too many ideas and not enough energy and time to put pen to paper. But now it is a new year and with that comes new years resolutions and a feeling of a new start. Right?! Happy New Year 2015!

Team Nikolovski is back in Moscow after a long and relaxing winter vacation in Sweden (more about that in another post) Back in Moscow we have pretty wintery weather with snow but very mild so the snow is now as we speak turning into brown slosch very unpleasant for shoes and not so pretty. I never had chance to write about my first experience with Moscow and living here so here is a short summary of my thoughts before I moved connected to this illustration I made ages ago: 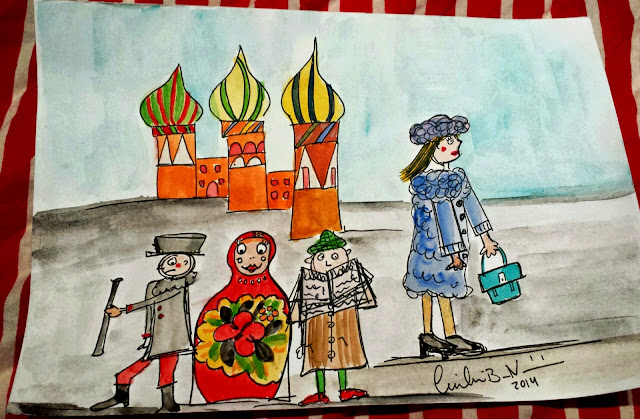 Moscow is big but I mean super big with its 12 million + inhabitants and that make it a very logistically hard place to live in. The people we have meet is actually nicer and more helpful then I thought. Parts of the city is communistic and ugly and other parts are fancy and modern. We do have food in the supermarkets despite the fact of the embargo. The food is pretty similar to Scandinavian cuisine so I can't say that I miss anything. Internet is fast and nothing is limited as I thought before I moved.

There you are a short introduction to Team Nikolovski's Moscow adventure and a new start for more frequent updates on the blog ( it would also be nice with a comment from you sometimes!!)
Upplagd av Cecilia Book Nikolovski kl. Tuesday, January 13, 2015 No comments: