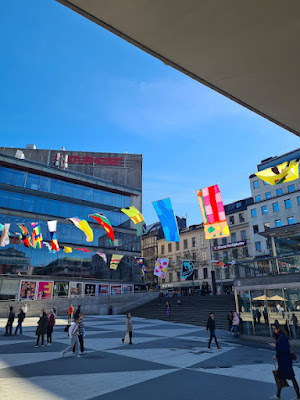 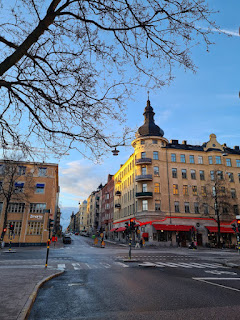 at Vanadisplan in Vasastan we saw this this big sculpture Carlota by Jaume Plensa a very influential artist from Barcelona. His art are often found in public places. This face is made out of cast iron and the sculpture is 7 meters tall. The statue has only been lent to Stockholm city and will only be here temporarily. The picture is taken from the car on our way to the airport because although I was planning to have more time to see it and get better pictures out of it. 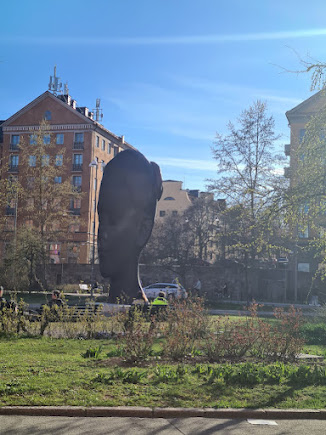 Cheery blossoming in Kungsträdgården in central Stockholm is like a springtime kick-off for all the inhabitants in Stockholm. It is nearly like a religious moment reported by national media when the cheery trees are blossoming here. Filip found the mostly dried pond more interesting and managed to get himself wet running up and down in the little water which was there. 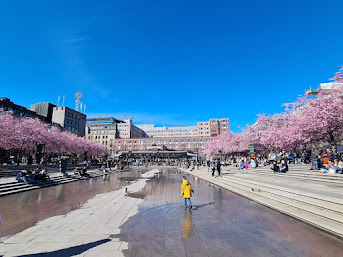 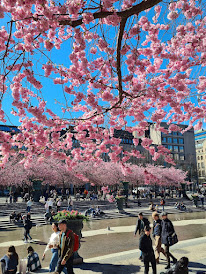 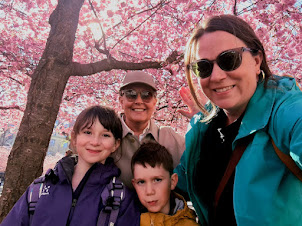 Liljevahls Konsthall (art gallery) extension open the doors to the public earlier this year. The extension is called "Lilla" made by architectural company Wingårdh (Gert Wingårdh) and was the winner of an architect competition.  This extension gives the gallery extra 2,400 square metres with great light.
Concrete facade and has 6860 embedded bottle bottoms in clear glas. Modern, great light and playful in a historical setting I would say.
Me and Mila saw the exhibition Harald Lyth - Probabilities 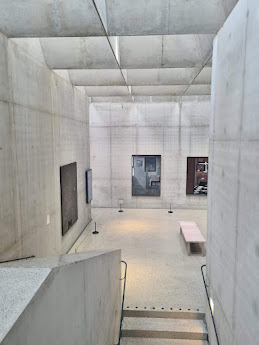 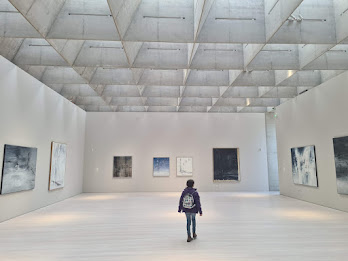 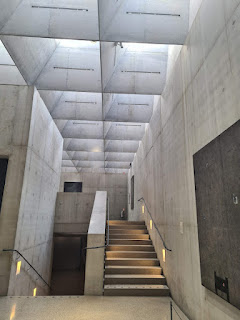 Filip run up to a man outside the restaurant Blå porten where we had lunch next to Liljevalchs konsthall and I was just gonna asking what he is doing walking up so close to a stranger when I realized it is a statue. The statue  "Standing man" made by the British sculptor Sean Henry who is famous for creating normal and very realistic people. 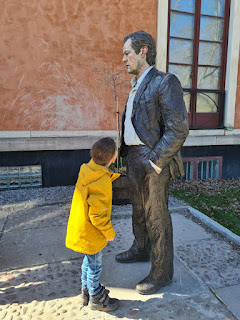 January 03, 2022
Happy new year and welcome 2022 ! I am hoping this will be another good year. I am aware that being in the middle of a pandemic might not be classified as an amazing year, but on a personal level I think 2021 was a nice year. The scare for the virus was higher during 2020 when everything was new and restrictions felt more dramatic. 2021 we were already use to having this virus present although invisible and how to handle restrictions testing and masks.  For my creativity and productivity 2021 has been great. With part of the year being home-schooling I had less time to think what to draw or what to make and why. I just had to create what-ever came to my mind to have some time for me and a feeling that I am "doing" something. I constantly had my watercolors and drawing pad on the kitchen table - only cleaned it way a bit when we were eating. I have tested new techniques, spend a lot of time on the same drawing and from that I feel I have developed so much this year.  Here is
1 comment
Read more

January 23, 2022
Another January week has passed. Here in Düsseldorf the weather has been pretty mild and frost free most nights. We have got into everyday routines again after the break. Mila and I bike to school everyday. It is still pretty dark when we leave at 07.45 but on my way back it is already getting light, if it is not grey and cloudy which it is most days in all honesty. When I get back from biking with Mila I either wake Filip up or he is already up watching TV. I drink my coffee and serve him his breakfast and get him dressed. We get in the boxbike for Kita at 8.53 and it is just across the park so we make it on time for morning circle at 9.00. I exercise at boot-camp two times per week in the morning directly after dropping Filip off. It is outside training and we have a great trainer with so many good exercises and it is a nice group of international ladies. I pick up early and drive Filip to his speech therapy centrum 3 times per week. The centrum is located closer to city so while Fil
Post a Comment
Read more