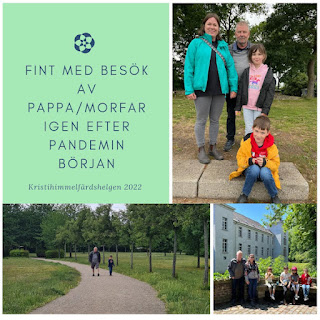 This weekly update is going back to when my dad came and finally could visit us again after two year of  covid restrictions on and off here in Germany. Kristihimmelsfärd a bank-holiday weekend end of May.
We had a very nice and relaxing time week together. The weather was good but not too hot. We went biking a lot to our stable, to Kalkum castle park and Kaiserwerth our small historical centrum only 10 minutes bike ride away.

In Kaiserwerth we checked out the old imperial castle Kaiserpfalz which dates back to before year 1016 and was once owned by holy roman Emporer Frederick Barbarossa. Strategical great position at the Rhein riverside to defend and protect the city from invaders. King Barbarossa during the 12th century introduced taxes for using the river waterways for transporting gods and could keep good track of the traffic of the river from the castle. Nearly all the ruins which can be seen today is from Barbarossas time.

Over the following centuries many groups were fighting over the control of this part of Rhein. Eventually Kaiserpfalz castle was destroyed during 17th and 18th in different battles. During the19th and 20th the bricks from the castle got removed to build up other houses in Kaiserwerth. Today the ruins are owned by the City of Kaiserwerth and are open to the public during spring and summer months. 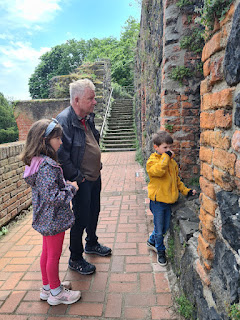 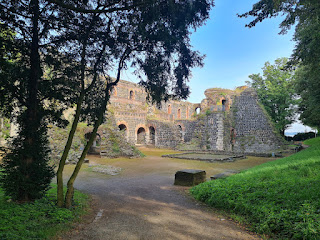 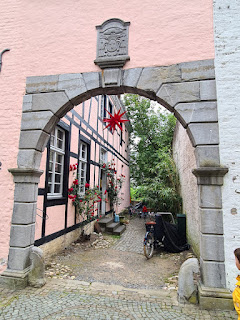 In the park next to the St.Suitbertus church we found statues of a few Kaiserwerth profiles which has been important for the city. 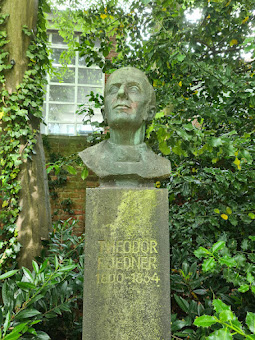 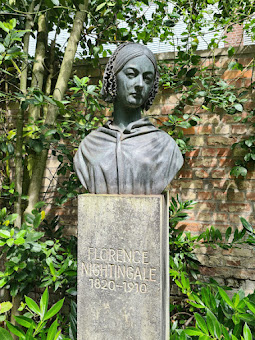 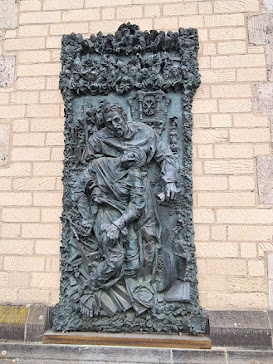 Frederich Spee (1591-1635)
Born in Kaiserwerth and was a Jesuit Preist, Professor and poet. He is mostly known as a forceful opponent of witch trials which was going on big time in Europe during this time. This monument is to celebrate him and everything he did for the women classified as witches.

January 03, 2022
Happy new year and welcome 2022 ! I am hoping this will be another good year. I am aware that being in the middle of a pandemic might not be classified as an amazing year, but on a personal level I think 2021 was a nice year. The scare for the virus was higher during 2020 when everything was new and restrictions felt more dramatic. 2021 we were already use to having this virus present although invisible and how to handle restrictions testing and masks.  For my creativity and productivity 2021 has been great. With part of the year being home-schooling I had less time to think what to draw or what to make and why. I just had to create what-ever came to my mind to have some time for me and a feeling that I am "doing" something. I constantly had my watercolors and drawing pad on the kitchen table - only cleaned it way a bit when we were eating. I have tested new techniques, spend a lot of time on the same drawing and from that I feel I have developed so much this year.  Here is
1 comment
Read more

January 23, 2022
Another January week has passed. Here in Düsseldorf the weather has been pretty mild and frost free most nights. We have got into everyday routines again after the break. Mila and I bike to school everyday. It is still pretty dark when we leave at 07.45 but on my way back it is already getting light, if it is not grey and cloudy which it is most days in all honesty. When I get back from biking with Mila I either wake Filip up or he is already up watching TV. I drink my coffee and serve him his breakfast and get him dressed. We get in the boxbike for Kita at 8.53 and it is just across the park so we make it on time for morning circle at 9.00. I exercise at boot-camp two times per week in the morning directly after dropping Filip off. It is outside training and we have a great trainer with so many good exercises and it is a nice group of international ladies. I pick up early and drive Filip to his speech therapy centrum 3 times per week. The centrum is located closer to city so while Fil
Post a Comment
Read more